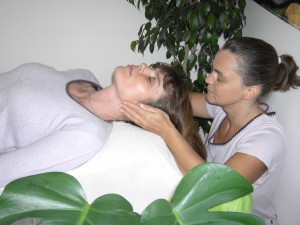 The theory and practice of the nana method were developed over the course of many years. With GREAT EFFECT the method adds ONE SINGLE ASPECT to current scientific evolution: “CONSCIOUSNESS” – visible in exterior form.

Exploration of the evolution of exterior forms is followed by the exploration of energetic, mental planes and consciousness that lies behind them. What is new is – natural is stable in a non-polar way and a signpost, nature is polar and changeable – both are present in parallel! We build bridges between science and religions. To quote Werner Heisenberg, Nobel Prize winner and physicist: “The first sip from the cup of nature leads to atheism, but God awaits at the bottom of the cup.”

Nature gives strength and peace, it often helps and heals. Even our ancestors already knew that! Plants and herbs are often named after Greek and Roman gods and to the saints due to positive experience in treating illnesses.
The power of nature is more than the inquiring mind can recognize.
Science creates knowledge and questions. It developed slowly and discovered valuable ingredients and active substances whose effects had previously been seen as supernatural powers.

Yet all the scientists cannot fully understand or even reproduce the metabolic processes of the whole plant in the whole body in any laboratory in the world. Faith comes through experience! Nature is more than what can be seen on the surface. Scientific studies of individual parts are faulty without considering the whole. Many scientific results follow experiences that cannot be proved logically. Still, many experiences show positive effects that are of interest for research and the development of mankind.
Ancient empirical knowledge based on practical experience must no longer be denied to people. The use of too many chemicals can cause severe health problems, many people turn back to products using the natural power of nature. Try them for yourself!
Our motto:
"Nature puts materials together as they go together."
"The whole plant for the whole person" Chinese medicine.
"Your food shall be your medicine." Hippocrates, physician and philosopher